Empire State Society
of the
Sons of the American Revolution 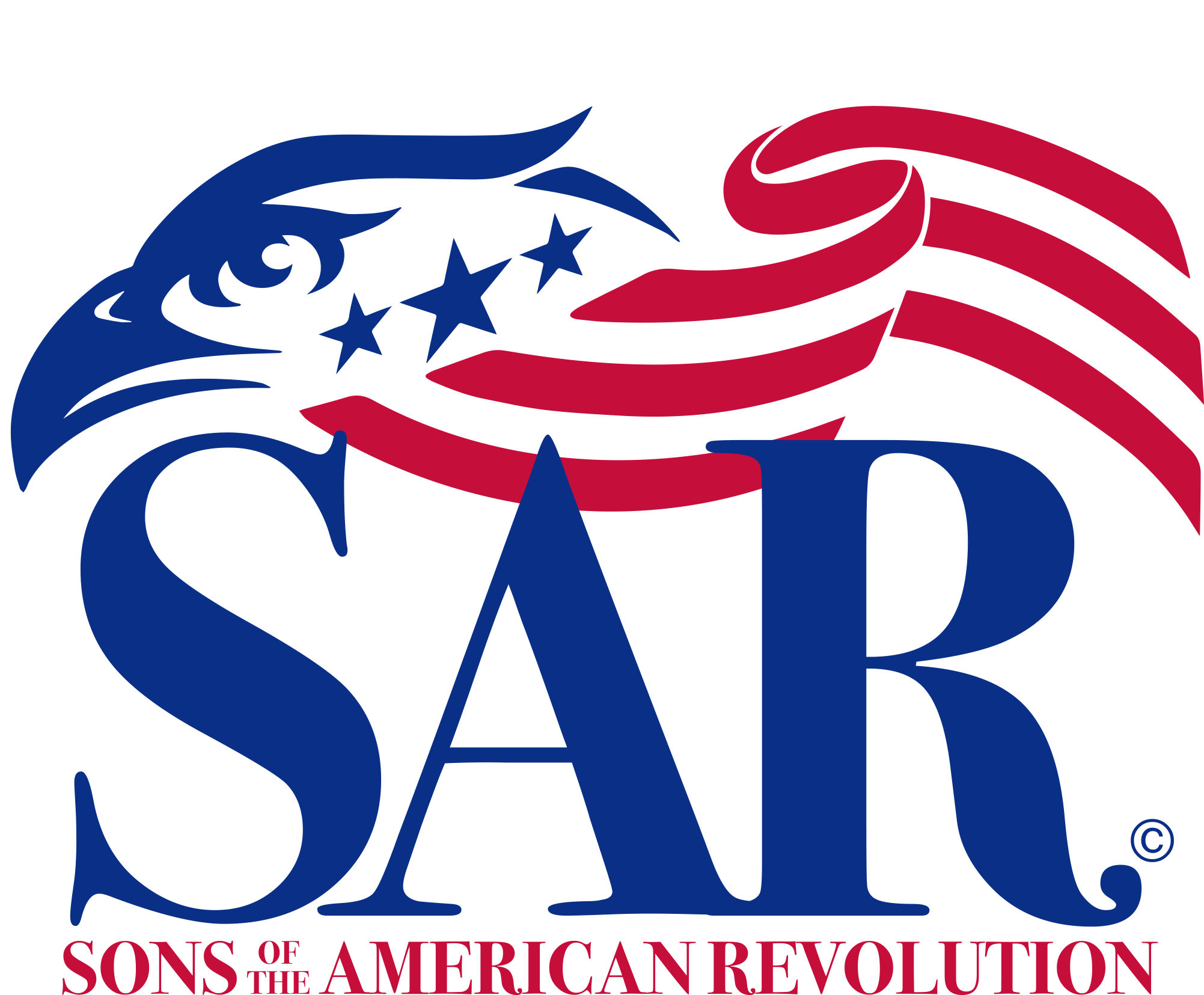 
Info also on Facebook:
https://www.facebook.com/events/434710124587307/?ref=newsfeed
Two roadside historic markers, installed as part of the William G. Pomeroy Foundation / Empire State Society Sons of the American Revolution “Patriot Burials” program, will be dedicated to honor Revolutionary War veterans Amos Patterson and Joseph Cleaveland at their burial sites in Endwell on Saturday, October 2.
THE CEREMONIES …
The ceremonies will begin at 9AM at the Patterson Hooper Cemetery and ~ 11 AM at the Chrysler Road Cemetery. Each ceremony should run ~30-45 minutes. The public is welcome to attend – please bring your own chair and mask, if desired.
Members of both the SAR’s Binghamton Chapter the DAR’s Tuscarora Chapter will participate. Our keynote speaker will be Broome County Historian Roger Luther. We also hope to have a color guard to fire a three-volley salute, a bugler to play taps, a display of period flags, and some attendees in period dress or uniform.
PATRIOT AMOS PATTERSON…
Amos Patterson is buried in the Patterson-Hooper Cemetery at 3679 River Road, Endwell- see this map for location information:
https://www.google.com/.../42%C2%B006'31.7%22N+76%C2.../
Amos Patterson, Boston Purchase proprietor and Tioga (later Broome) County pioneer, was born in Watertown, Middlesex County, Massachusetts. He served in the militia three times during the Revolution, once in 1775, 1776, when he was at White Plains, and 1777.
Read more about Patterson at this link:
https://www.facebook.com/SAR.Binghamton/posts/911589545672782
PATRIOT JOSEPH CLEAVELAND…
Joseph Cleaveland is buried in the Chrysler Road Cemetery at 424 Chrysler Road, Endwell – see this map for location information:
https://www.google.com/.../42%C2%B008'27.6%22N+76%C2.../
Joseph Cleaveland, early Chenango Point then Hooper resident, was born in Canterbury, Windham County, Connecticut. He served as a private in the 3rd Connecticut Regiment of the Continental Army in 1775, 1777 and 1782. He saw action at Bunker Hill and served at Ticonderoga, Hubbardton and Fort Stamford, CT.
Read more about Cleaveland at this link:
https://www.facebook.com/SAR.Binghamton/posts/917835961714807
THE PATRIOTS OF BROOME COUNTY…
During the American Revolution, the area of New York that would become Broome County was actually beyond the Fort Stanwix Treaty line of 1768. It was beyond the frontier – it was Iroquoia – territory of what was once the Six Nations Confederacy. The British lost the War…and so did their Native American allies.
The land beyond the Treaty line suddenly seemed up for grabs, and land speculators began to acquire it from the Iroquois – speculators like Continental Congress President, Treaty of Paris negotiator and 1st Chief Justice of the United States John Jay; Declaration of Independence signers Robert Morris, James Wilson and William Floyd; financier and arms, munitions & supplies procurer for the Continental Army William Bingham; and former Continental Army officers like James Clinton, Robert Lettis Hooper and Isaac Melcher. But the future Broome County became what it was to be in a large part because of the more than 300 Revolutionary War veterans who relocated here after the war.
These 300+ veterans brought with them memories of nearly every battle and campaign of the War, including the Boston Tea Party, Bunker Hill, Lexington, Saratoga, Bennington, Dobbs Ferry, the Wyoming Massacre and many more, up to the victory at Yorktown and Washington’s march into New York City. There were members of Washington’s and Lafayette’s guard as well as the guards for captured Major John Andre. There were Green Mountain Boys, Minute Men and Marines under Captain John Paul Jones.
Some 130 came from parts unknown, but at least 65 came from CT, at least 52 from elsewhere in NY, and 46 or more from MA. Of these, we know where about 80% of them settled and where about 2/3 of them are buried.
OCTOBER
Saturday
2
2021


The pleasure of your company is requested at the
Long Island Chapter SAR's
Induction of New Members and General Meeting.


The Columbia-Mid Hudson Chapter will host the Empire State Society Board of Managers Meeting at the Reds Restaurant in Coxsackie, NY.

Coffee and danish will be available at 10 AM during sign-in.

The business meeting will begin at 11 AM with a buffet lunch following.